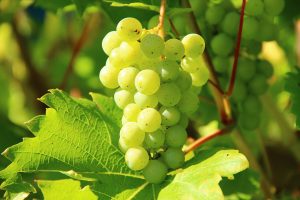 The Bordeaux wine region is located in the Aquitaine region of southwestern France. In 2015, there were 117,200 hectares used for wine production.  It has a temperate, oceanic climate, warm enough that vines will grow even on flat ground.
Bordeaux’s climate varies slightly  from year to year, which affects the condition of the vines, and crop yields and quality.  The subsoil in the Gironde forms part of the Aquitaine sedimentary basin37 and can be divided into three geological groupings. In particular, the Blayais is predominantly limestone, a formation known as “Blaye limestone” that dates from the Lutetian age (mid-Eocene epoch). Further east, it gives way to “Plassac limestone”, which dates from the Priabonian (upper Eocene).
The Bourgeais is a little different, with bits of starfish limestone dating from the Rupelian (Oligocene) in the hilly area above Bourg. The hillside on the bank of the Dordogne (from Gauriac to Bourg) is covered with yellowish ochre silt known as “Bourgeais silt”, while the land further from the water is covered with what is called “Pugnac” sand and gravel from the mid- and upper Eocene40,41.
The white varietals traditionally used in Bordeaux are essentially Sémillon (7,236 hectares) and sauvignon (5,516 ha). The former varietal is the king of moelleux (sweet) and liquoreux (dessert) wines with controlled designation of origin (AOC), while the latter is now mainly, almost exclusively, used for dry white wines. The range is completed with Ugni Blanc (213 ha) and Colombard (114 ha). 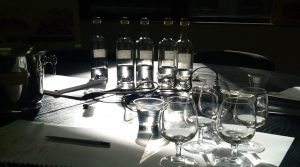 Each eau-de-vie has a unique character, which results from the choices made during ageing. The key word is “perfection”.
Simon has the tough job of deciding when the eaux de vie are at the peak of their ageing and bottling time has arrived.

The final stage is blending, a true art in which the cellar master’s nose and palate make the difference. It is he who gives the eaux-de-vie their resolutely contemporary and high-spirited nature, without ever forgetting the ancient traditions of winemaking.

This is the stage of producing an eau-de-vie that gives it its inimitable and unique flavour.
Dum spiro spero. 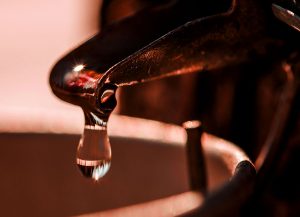 It is at this stage that the distiller’s art is put into practice to achieve the epitome of the eau-de-vie. The wine is placed in copper pot stills and heated twice, in what is known as “double distillation”, or double column distillation still for more concentrated spirits. Distillation consists of bringing wine (or macerations of spices, in the case of gin) to the boil to capture its steam. That steam passes through a coil cooled with iced water, causing it to condense.
During the second distillation, as the precious nectar runs off, we select just the “hearts”, the very best quality distillate from the run, and set aside the “heads” and “tails”. 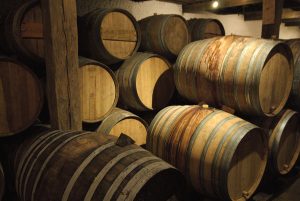 The eau-de-vie remains transparent on emergence from the still.

To make them into dark spirits, the eaux-de-vie are put in casks of Limousin oak, where they will stay for a long time dissolving the tannins from the timber to take on their amber tint and mature.

Oak is used because, while it is hard and not very porous, it nevertheless allows the eau-de-vie to remain in contact with the sometimes damp sometimes dry air of the distillery, and to decline, bit-by-bit, in alcoholic strength and volume. This natural evaporation is poetically named the angels’ share.